This is a difficult post to write because it exposes some of my mistakes and weaknesses as a mother. It’s painful to admit that I screwed up or did things wrong.

But I’m also proud of this post because it demonstrates courage. I’ve recognized a deficiency in my parenting and I’m making efforts to correct it. And that’s all I can expect of myself. When I know better, I do better.

The bottom line is I’ve haven’t given Croft the same kind of time as I’ve given my other children. She came as a bit of a surprise, just 19 months after Crew. Frankly, I don’t remember much about her pregnancy, her birth or her infancy. My husband lived out of town some of the time, and Crew was such a difficult toddler to manage; all my energies went to keeping him safe and out of trouble. He was a 2-year old, with the body of a 4-year old and the brains of a 1-yr old (it seemed). Even the actual week Croft was born most of my attention went to Crew. He had a terrible, unexplainable rash that required several doctor’s visits, urine samples, and medicines. Croft’s early years were all about Crew.

Then along came Locke a couple of years later and took over everyone’s world. He was a sickly child and ended up with tubes in his ears and his tonsils taken out. He needed speech therapy and a special needs preschool. He flirted with OCD, ADD, anxiety, and/or Aspergers. He’s never been officially diagnosed, but it doesn’t take much to see that he has definite quirks that are a lot to manage.

I remember Locke’s bedtime routine used to take so long that I wouldn’t snuggle by Croft. First, Locke would ONLY have me. Among other rituals, I had to sing nine songs in a particular order. He wouldn’t let me miss songs or skip songs, and if I didn’t put him to bed because I was at a meeting or something, he would wake up in the middle of the night screaming for mom to sing him his songs. More than once I was singing nine songs in a row at 2:00 in the morning. 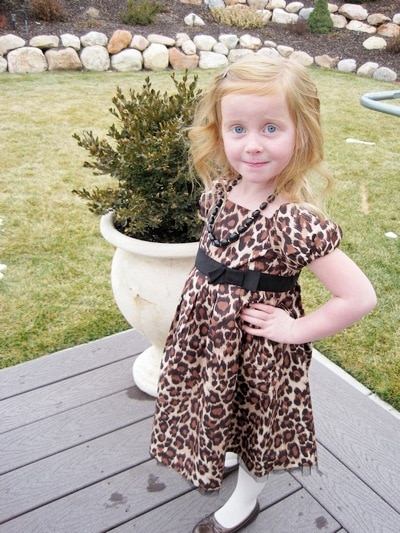 Croft was much more placid and was willing to let her dad put her to bed and snuggle by her, so I let him. They had a special bond. She was being cared for by at least one parent which was fine, except for the message that it sent Croft: Locke is more important to mom than I am.

Long story short, Croft was sandwiched between two demanding brothers. She watched a lot of my time and energy go to them, and not much has changed. My days are still mostly about managing Locke and Crew.

She knows this dynamic and uses it to get away with some things. If Croft’s off task she quietly sneaks into a room and starts reading instead of doing her math. If Crew’s off task balls are flying through the living room, kids are screaming, and something is usually falling over. It’s much more urgent for me to stop Crew than it is to find Croft. She uses this to her advantage and flies unnoticed under the radar. Our stunted relationship hit me hard on her last birthday. As I went to write a birthday post about her, I had a very difficult time finding anything to say. I felt like I really didn’t know her. I couldn’t gush or brag or even tell stories. The feelings and information just weren’t there.

I also realized that Croft has had the least amount of friend birthday parties out of all my kids. I remembered that Elle and Crew got baptism pictures, she did not. Her room is the least decorated out of all the bedrooms. We have different styles and aesthetics so we butt heads more than we should. She is my only child that I don’t get one-on-one time with regularly. The other kids have some natural one-on-one time built into our schedule. Croft was definitely not getting equal treatment.

As I was beating myself up, I had to remember that I am not a total bad guy. Croft’s personality plays into these issues as well. For example, I had six baptism dresses for her to try on and a photographer lined-up, but Croft hated every dress and refused to go. Tired of dealing with her stubbornness, I threw up my hands and said, “Fine!” and cancelled the pictures. I thought we’d get back to them another day when she was in a better mood, but we never did. She changes what she wants in her room on a weekly basis and she doesn’t keep it clean, so I am less motivated to make it look nice. Her friend situation plus a December 31st birthday make it tough time for me to pull friend parties together. Maybe these are all excuses, but I’m trying to be honest about what is really going on. Croft has been struggling with different issues for some time, and I am just finally facing the fact that they might not resolve on their own. As I racked my brain on how to help her, I remembered our history together and wondered if my “neglect” was a contributing factor to her problems.

First and foremost, I love her and want to help her. But I also don’t want to be that parent that gives more love, time, attention, opportunities, service, etc. to one child than another – that parent that has obvious favorites. Even as an adult it can be painful to see one person or family getting so much more time or attention from a parent or in-law. I don’t want my kids or my grandkids to see and feel a hierarchy. It’s not fair, and I want to be fair.

So when I know better, I do better. I’m making changes now.

This weekend it’s just me and Croft. The rest of the family is at a baseball tournament in a warmer climate. As much as I hate to miss Crew’s games, I decided that Croft and I needed to bond. We went shopping yesterday and hit her favorite restaurant. Today we are getting pedicures and going to the movie. Then we will spend all day Saturday at her dance competition. I want Croft to feel that her talents are a priority to me, and that I am interested in her interests. Beyond the weekend, I have plans to help build our relationship.

First, I need to snuggle by her at night no matter how long Locke’s snuggle takes. (Thankfully he is down to one story and one song a night.) This doesn’t mean that I can snuggle by her every night, but it does mean that she will have an equal spot in my rotation.

Second, I want to find a natural one-on-one time with her. It doesn’t have to be expensive or elaborate. It can just be 10 minutes a day doing something basic like combing hair or driving to dance. I just want the time to be regularly built into our schedule so I won’t overlook it.

Third, she and I need to find ‘our’ school thing. Crew and I read historical fiction books together. Locke and I read together every morning, so Croft and I need to find our connection. I spend individual time with her on her math and her cursive, but she doesn’t love that time, so I asked Croft what she wants from me. She said she wants me to do research with her. Now that I’m more aware, I want to make sure that my love and attention is being equally distributed to all of my children. I don’t want the quiet ones or passive ones or stubborn ones or independent ones or competent ones to fall through the cracks because my time and energies are spent on the more “needy” children. The children I am more comfortable with or have more in common with shouldn’t get more of me.

I know my time and attention can’t be perfectly split between the four kids. That is not possible. Every child’s needs are so varied. I realize that some kids will need more than others at different times in their lives, but that doesn’t mean the other ones should be chronically neglected. All of my children deserve my best, individualized parenting.

I am sorry, Croft. I now know better, so I will do better.